In controversial circumstances the Festival de la bajada event was moved to a new location just outside of Bogota for the beginning of the South American leg of the IDF World Tour. While there were some questions surrounding the movement of the event nobody can question the quality of the track. The new track was certainly a step up in intensity pushing the skill level of riders to the max. 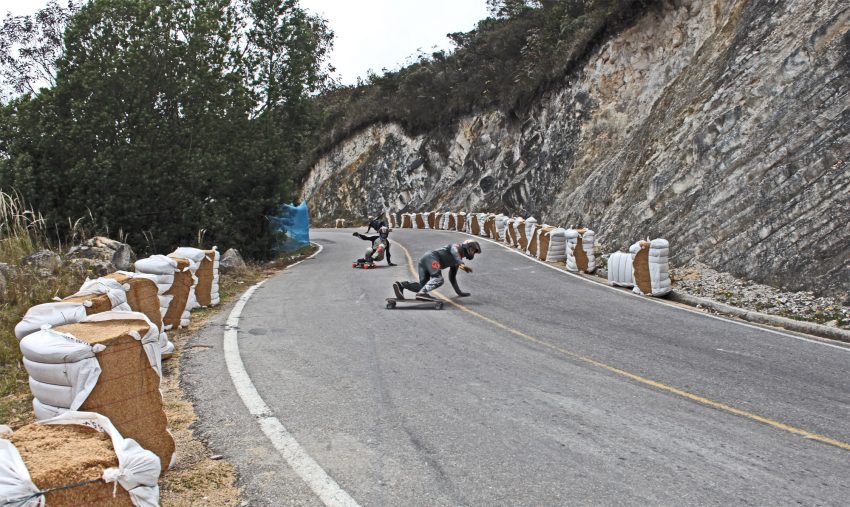 After a week of rain the water stayed away for the first practice day of the new Festival de la Bajada with competitors feeling out the track and looking for the rights lines on what is certainly shaping up to be one of the fastest and most technical hills on the world cup circuit. In what has become a signature of this event the festival atmosphere returned to the top of the hill with riders chilling out in true Colombian style to DJ's and a world of food to keep competitors honed for some fast racing. 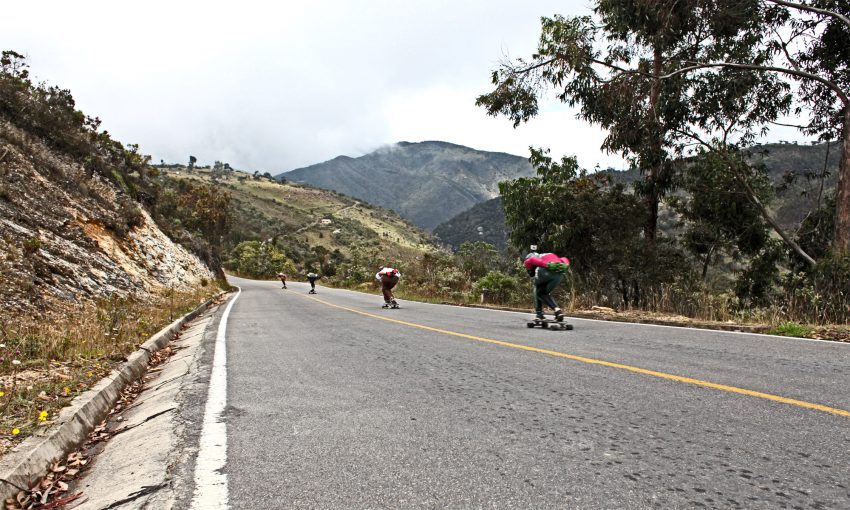 Today's freeride started slowly as the track needed a good clean and we got rego done for the weekend, first runs are always a bit dodgy but added this time cause we were the first riders to mob it ever in leather. Like most big tracks you initially get the sense it lacks a little safety but isn't crazy, the normal South American problems, some cracks in the pavement, pot hole or two, packs of dogs in carnage corner but its pretty awesome all in all.

The timing system is looking good in trials today, it will be interesting to see how big difference in times are over the 6-9 slide hill, there's barely time to put your head down and tuck and when you do your a rocket, slides are either small little checks through the top chicanes or big shutdowns at the hairpins. The course is complete, world class and a positive step up from the old festival hill and some of the less intense world cup hills we have seen in the past.

The foot breakers are having fun, plenty of places to burn shoes and the surface had a excellent grip to it for rallying. Speeds today maxed at 85km/h but I'll guarantee that'll be smashed when riders learn to grip the top section or boss mob the bottom straight.

Weather held out till last run today, but its expected to get a little wet later on, we are higher enough that the clouds just roll straight over us, engulfing the track in whiteness and fogging up riders visors. A wet track will be nuts, you get the sense this hill is made for the occasion and as long as the fog stays away we should have some unbelievable racing over the next 2 days.

Credit for the images goes to our men in Colombia Alejandro Puente and Juancho Tapias. Video contributions by Rob McWhinnie.

This post is related to Festival de la Bajada 2014

Been racing, organising events, managing associations and federations, and been working in the industry since 2003. Along with Colin Beck and Haggy Strom I was a foundation member of ASRA and spent 7 years as the Vice President before becoming a Director of the IDF. I am one of the chief organisers of the Newtons Nation and Mt Keira World cups along with many smaller grassroots events. I am also the Owner of Basement Skate in Sydney, Australia.
Rankings 2019
OPEN WOMEN JUNIORS MASTERS LUGE
Search
Mailing
See an error ?
If you encounter an error, please click here to report it.