Skatehouse Q&A With The IDF

» Skatehouse Q&A With The IDF

The birth of the IDF has naturally prompted a lot of questions from a lot of people, and we'll do our best to answer them. Our FAQ is the best place to start. 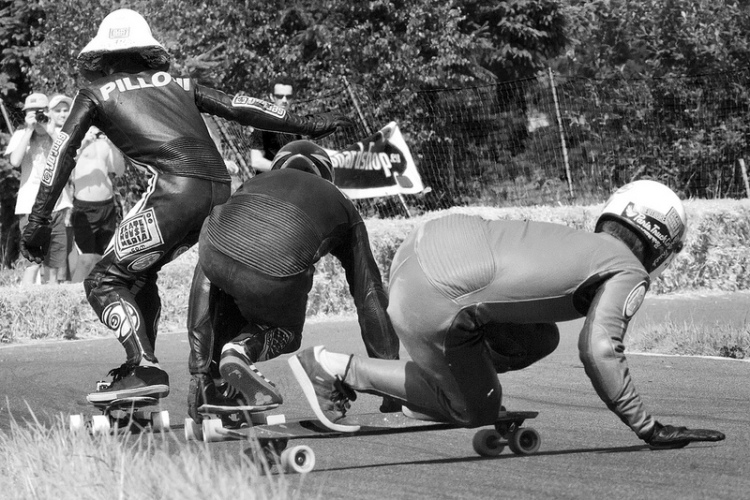 The folks at Skatehouse Media have gotten in early and asked a series of good questions. And we have answers. Read on to see them.

Skatehouse Media: If, as Kevin Reimer has told me, IDF races will do timed qualifying through the use of RFID transponders that time all of a rider’s runs during practice, what’s to stop people from bumping and draft-training?

For example, Zak Maytum, who holds the track record at Maryhill, is a good friend and teammate of mine. He could push me all the way down the hill and give me an unrealistically fast qualifying run. How is that fair to new racers?

IDF: We're still looking at using transponders for timing. It's highly unlikely that all races in 2013 will use them, and if we do use them on some races we'll separate riders during qualifying to ensure that there aren't any team tactics used.

On the other hand, team tactics are a big part of sports like cycling and could conceivably be incorporated into skateboarding. It's an interesting debate.

Skatehouse Media: Representatives of the IDF continue to emphasize how democratic, transparent and accountable the new organization will be. How will these goals be met in practice? Who will vote on IDF decisions? The IDF board? How was the board selected? Is the board going to be elected in the future? How do you plan to be transparent? Who will the organization be accountable to and how?

IDF: OK, the big questions. The IDF Board will make all day-to-day decisions. They are:

The board members serve a two-year term after which their position is then thrown upon to a vote of the IDF membership. Any everybody can become a member of the IDF. If you don't like the decisions of the Board then it's up to you to get involved and vote them out and even run for a Board position yourself.

Everyday transparency is a challenge for any organisation. We plan to communicate our plans and decisions through our website, which will be a two-way thing, where IDF members can also have their say.

We will hold an Annual General Meeting where the votes for the Board will occur, and our finances presented for review by our members. It is our members who we are accountable to.

Skatehouse Media: Whenever riders called out the IGSA for sanctioning sub-par events, the IGSA responded by disclaiming responsibility and emphasizing that their role was limited to doing timing and rules enforcement. Many of the race organizers now involved in IDF ran IGSA events. Why should we expect anything better under this new organization?

IDF: There's a lot of reasons why you can expect more.

The first is that the IDF is run by some of the event organisers who ran the smoothest IGSA events.

The second is that we plan to be more rigorous in checking an event's level of organisation, and more selective about which events we sanction.

The third is that the IDF will have far greater support structures in place for event organisers. We'll provide newer events with the best practice resources of the best-run events. This may be as simple as offering formats, scheduling, sponsorship packages, and the more mundane things like event proposals, risk management policies and other time consuming paperwork that does not need to be done again. We'll provide a mentoring style of management, bringing the best and most experienced minds together in events and sharing our experiences with them. We hope to have all our event organizers discuss the details of their events on a regular basis and with a longer lead time so we can try to avoid unnecessary surprises.

Some events may not come up to scratch be we think we can minimize the risk. The IDF will take greater ownership of any problems that occur.

Skatehouse Media: How will the IDF decide who is the world champion?

IDF: As always the riders will decide who becomes World Champion; we'll just give them a place to settle that score.

Skatehouse Media: When is the IDF going to release race rules?

IDF: The rules are currently being drafted; they'll be ready before 2013. There won't be any big changes from the rules you're all used to. One minor change we can reveal now - for skateboarding races will be determined by wheels rather than body part across the finish line.

We'll take a closer look at the rules throughout 2013 to see if we should make bigger changes. The input of IDF members will be welcome.